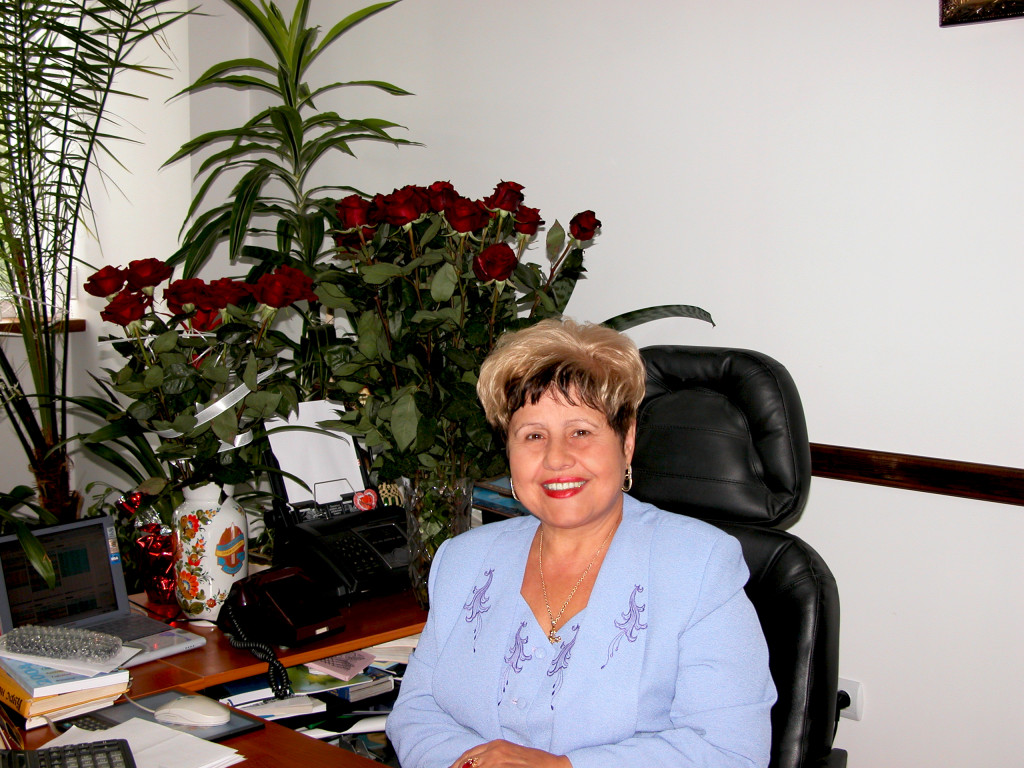 Stankevich Stella Omelianovna was born in a small farm Izvori, v. Oshihiliba, Chernivtsi region. She began her career at the age of seventeen (1960) from the garment artel, which later became a member of the Chernivtsi industrial sewing association “Trembita”.

She worked as a plumber, a reserve worker, a master. At the same time she studied at the Institute of Light Industry.
In 1970, she headed the shop, which employed 500 workers.
In 1974,she became the chief engineer of the enterprise – 5 thousand subordinates.
She has been  as a General Manager of ALC “Trembita” since 1984.

Stella Omelyanivna devoted most of her life to the development of the enterprise. Due to her business qualities, the ability to effectively manage and take extraordinary, bold decisions the company managed not only to survive in difficult economic conditions, but also to develop dynamically and take one of the first places in the industry of the country.
Today, ALC””Trembita”” (reference to the history of ALC””Trembita””) is a modern, modernized enterprise. Technical condition and technological level meets the requirements of European standards.
Much effort and money is invested by Stella Omelyanivna to solve the problems of her native city.  She was awarded the title “”Honorary citizen of the city of Chernivtsi for help in solving many problems, sensitivity and kindness, patronage activity.”” Unanimously she was elected as the Chairman of the Board of Directors of Chernivtsi. Stella Stankevich, Honored Worker of Industry of Ukraine, is included in the Golden Book of Business Elite of Ukraine. The European Business Assembly has included her in the national register of Europeans.

Honorary Diploma of the Verkhovna Rada of Ukraine “”For Special Merit to the Ukrainian People””;
Diploma “”For Merits in the Revival of Spirituality in Ukraine and the Establishment of the Local Ukrainian Orthodox Church””;
a diploma and a statue of the “”Lavra of Glory”” and “”European Quality””;
winner of the contest “”Best Employer 2000-2010″”
Honorary Order “”Bukovina”” – for a significant personal contribution to the development of ALC””Trembita””
Diploma “”For effective technical re-equipment of production””;
the owner of the “”Crystal Horn of Abundance””;

from the President of Ukraine;
from the Head of the regional state tax administration;

Cavalier of orders and medals

“For merits” 2 and 3 degrees;
“Order of the Princess Olga”;
“Order of Christ the Savior”;
gold medal “For effective management”;
medal “For the glory of Chernivtsi”